Going a little further, He saw James the [son] of Zebedee and his brother John, who were in the boat getting the nets in order (Mk 1:19, AT)

After the summons of Simon and Andrew, who immediately drop everything and follow Jesus, Christ the King goes fishing for more fishers.

Going a little further likely suggests their proximity and partnership (cf. Lk 5:10).2 In Luke, we find that Simon and Andrew and James and John were partners in the fishing business (which was likely booming).

Though Simon and Andrew may have been casting a smaller net from the shore, it seems they were not too far away from the sons of Zebedee.

Getting the nets in order translates the word καταρτίζω (katartizō). This word can mean to “restore to a former condition”3 as if cleaning the nets after finishing, or to “put in order”4 as if preparing the nets before fishing.5

Trammel nets were comprised of several nets that were combined in a way that would trap entire schools of fish.8 Fish would swim through the outer netting with larger openings before running into inner netting with smaller openings.

When trying to escape they would become more and more entangled. See the pictures below: 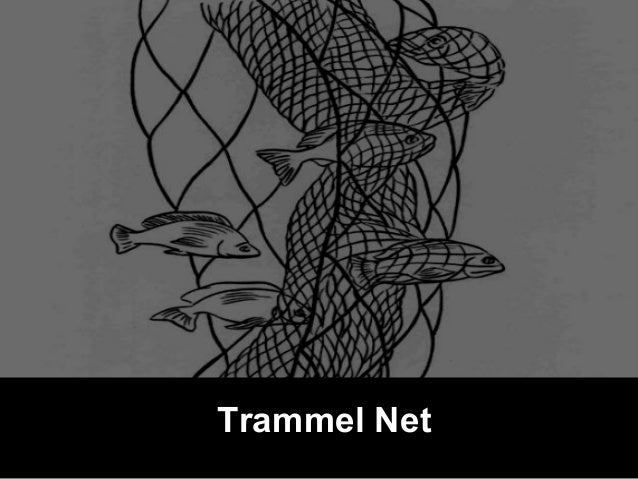 There are quite a few Jameses13 in the New Testament. There is another disciple named James (son of Alphaeus, Mk 3:18).

The people of Jesus’ hometown knew of Jesus’ brother James, in addition to his brothers Joseph, Judas, and Simon — as well as at least two sisters (Mk 6:3).

Following his conversion, in Jerusalem, Paul met James (Gal 1:19) whom he called an esteemed pillar (Gal 2:9). Paul and James were also both present at the council in Jerusalem (Ac 15:12-21).

James the Just was martyred around AD 62.15

James the son of Zebedee, the brother of John (now one can tell why these qualifiers are so important), was martyred in AD 44 (Ac 12:2).17

Though some dispute it, John is traditionally known as the author of the Gospel of John, 1 John, 2 John, 3 John, and Revelation.20

The “Sons of Thunder”

In Luke, on His way to Jerusalem, we find that Jesus sent messengers ahead of Him as he prepared to enter a Samaritan town (Lk 9:51-52). But, the people did not welcome Him (Lk 9:53). Then we read:

54 When the disciples James and John saw this, they asked, “Lord, do you want us to call fire down from heaven to destroy them?” 55 But Jesus turned and rebuked them. 56 Then he and his disciples went to another village. (Lk 9:54-56, NIV24

So, perhaps they were called “sons of thunder” because of their thunderous personalities. We don’t know for sure. But it seems that they had a quick trigger when it came to aiming heaven-fire missiles (Elijah called down heavenly fire in much more dire circumstances: 1 Ki 18:38; 2 Ki 1:10, 12).25

Not everyone Jesus talks to in the Gospels is commanded to follow Him absolutely (in His earthly ministry) like His disciples are (cf. Mk 5:18-20).26

After Jesus drives a legion of demons out of a man and sent them into some pigs (Mk 5:1-17), he did not tell the man to follow Him. Instead, we read:

18 As Jesus was getting into the boat, the man who had been demon-possessed begged to go with him. 19 Jesus did not let him, but said, “Go home to your own people and tell them how much the Lord has done for you, and how he has had mercy on you.” 20 So the man went away and began to tell in the Decapolis how much Jesus had done for him. And all the people were amazed. (Mk 5:18-20, NIV)27

This man spreads the Good News about Jesus, without following Him physically.

After Judas committed suicide (Mt 27:5, Ac 1:18), the Eleven sought to choose his replacement from among those who had been with them and Jesus from the beginning (Ac 1:21-22). The apostles also witnessed physical appearances of the Resurrected Lord (1 Cor 15:5, 7).

Many claim to be apostles (ἀπόστολος | apostolos) today. Generally, an apostle is someone who is sent — coming from the Greek verb ἀποστέλλω (apostellō), which means “to send”.29 And, apostles consist of a group that is broader than the Twelve (cf. Ac 14:14; 1 Cor 15:7 and though it is disputed: Rom 16:7).

However, I would be very wary of assuming the title that belongs to those whom God placed in the church first of all (1 Cor 12:28).

More specifically, the Twelve Disciples will have a special role in Jesus’ earthly ministry.30 Later in Mark, we read:

Nonetheless, all followers of Jesus are still called to be fishers of people32 and to make disciples of all nations (Mt 28:19-20).

Following the call of Simon and Andrew, Jesus fishes for their fishing partners: James and John. These “sons of thunder” — along with Simon (Peter) will form Jesus’ inner circle.

For more commentary on Mark, please visit the Book Study Overview page. For the sources cited, please see the bibliography.